As part of a carve-out from the American parent company, Granovit introduced SAP S/4HANA. In addition, the complex interface landscape was mapped to a well-defined, narrow timeline.

Granovit AG is a feed manufacturer with around 200 employees at three locations in Switzerland. The dry food is mainly produced for farm animals, but also for zoo and pet animals. Raw material procurement and sales of finished products take place predominantly within Switzerland.

The SAP system at the time of the project’s beginning was recently introduced by the US parent company and did not optimally integrate Granovit’s processes and tools.

As part of the carve out, SAP S/4HANA was introduced and implemented in just 9 months in order to map the SAP processes in standard, consolidate the complex interface landscape and to reduce third-party systems wherever possivle. Furthermore, the overall complexity and IT costs were reduced.

DATAGROUP carried out redesign workshops for sales, quality management, logistics and production planning as well as finances and controlling in order to optimize all company core processes according to the SAP standard. Subsequently, the new processes, including the interface landscapes, were implemented in the form of rapid prototyping.

After successful testing and training, the new S/4HANA system landscape was put into operation at three production sites. Previously defined goals, such as the replacement of MII (production integration) as well as higher cost transparency with monthly pre- and post-costing of production costs, were achieved through the project. 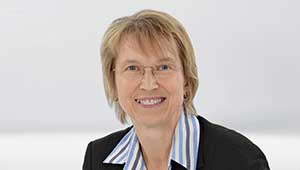 The Project in Numbers

Granovit AG is an independet Swiss company, which emerged from the merher of the two brands Provimi Kliba and Protector in November 2017.

The company has more than 50 years of experience in animal nutrition in the Swiss market. Today, it offers high-performance animal nutrition solutions based on the latest research findings for farm animals as well as zoo and pet animals.

Granovit AG has three production sites in Lucens VD, Kaiseraugst AG and Gossau SG and sells its products throughout Switzerland.

Their products are predominantly made from Swiss-produced cereals and always in strict compliance with current food safety standards. They are free from GMO-declared starting materials and the processed raw materials are fully traceable.