My Home is my Office

Corona Pandemic as a Digitization Turbo

Getting up in the morning, getting stuck in traffic on the way to work, and then spending the day in the office until it’s time to go home again in the evening – that’s what the working day used to look like for most Germans. In the spring of 2020, this changed abruptly, and suddenly what had previously been a marginal issue in many companies became possible: a comprehensive home office.

According to Bitkom, only four out of ten companies allowed home office work before Corona, and 62% of employees who were allowed to work from home still preferred to go into the office. With the Corona pandemic, however, a great deal had to change. Where home office had been the exception and physical meetings the rule, it now suddenly had to work the other way around. It became clear how much is already possible with the help of digitization – and in how many places we are still lagging behind.

In the beginning, the focus was on the technical basics: employees had to be equipped with mobile devices, VPN accesses had to be set up and the right communication and collaboration software had to be found. But these technical challenges are only one side of the coin. One that most companies were able to solve well. A far more protracted process, and one that is far from complete, is the cultural change.

A big step forward was made during the Corona pandemic. Virtual meetings became the norm, with all the challenges and opportunities that entails. While mimicking the interpersonal component via video was never quite the same as in face to face meetings, efficiency was gained at the same time: Unnecessary meetings were reduced, with a strong focus on issues to stay on schedule. All of a sudden, people communicated differently with colleagues: via chat, via short video calls, via the joint virtual processing of documents.

With the digitization of the working world, the future was suddenly here: modern, paperless collaboration, all information available at any time, more flexibility in work models, and everything independent of where you are. When the world hopefully soon returns from the pandemic to everyday life, it remains to be seen how much of these new working rules will remain. Only one thing is certain: digitization has clearly shown what it can do. 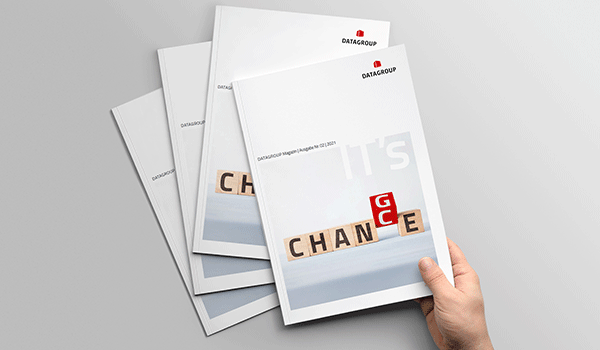