(ALL FIGURES PRIOR TO APPLICATION OF IFRS 15 AND 16)

Pliezhausen, August 20, 2019. DATAGROUP SE (WKN A0JC8S) today publishes figures for the first nine months of FY 2018/2019. The first-time consolidation of UBL Informationssysteme GmbH and the good level of incoming orders of the past quarters resulted in a further acceleration of sales growth.

UBL Informationssysteme GmbH, which was acquired early in April, has been consolidated since April 1, 2019 and thus contributes to revenue and earnings for the first time in the third quarter.

In the current fiscal year, the first-time adoption of IFRS 15 and 16 leads to deferrals in revenue and EBITDA recognition for the period(1) – these effects are shown in detail in the overview of key figures in the PDF version of the press release.

“After our new fiscal year got off to a very good start, sales growth has further accelerated in the last three months, whilst the development of earnings has kept pace to say the least”, said CEO Max H.-H. Schaber. “The major orders announced over the last few months are gradually taking effect now after the transition periods. In this respect, the long-term contracts with recurring sales and high added value provide great planning certainty for our business which will have a dual positive effect on earnings.”

The results of UBL Informationssysteme GmbH (UBL), which was acquired on April 1, 2019, were included in the figures for the first time. In addition to higher revenue, UBL makes a positive contribution to EBITDA. “Thanks to our in-depth experience and the established processes for the takeover of new units the merger with UBL has been running smoothly so far”, said DATAGROUP CPO Andreas Baresel. The acquisition of UBL currently increases the write-downs on the use of long-term assets by some EUR 1.0m per quarter. The effect from the conversion of IFRS rules leads to an additional burden of some EUR 1.7m per quarter on earnings figures below the EBITDA level.

DATAGROUP has signed new long-term service contracts in the third quarter as well. DATAGROUP will provide IT services to Messe München (Munich Trade Fair) over a term of five years. The services from the CORBOX portfolio cover the delivery and operations of the entire server infrastructure, the application management of the sophisticated IT environment and the complete end user service. Altogether, some 1,000 IT workplaces will be supported. Following the termination of the transition period at the end of calendar year 2019, DATAGROUP will support Messe München as a strategic IT provider. The order volume is in the lower double-digit million range over the entire contract term.

The company seized the consistently favorable interest level at the beginning of Q3 to continue its corporate financing through promissory note loans. By taking up funds of EUR 69m over a term of seven years DATAGROUP ensures there is a high degree of planning certainty and financial stability at favorable conditions. The liquid funds have increased the financial scope for further organic and inorganic growth. The promissory notes were placed with the principal banks, which confirms the great confidence the company enjoys among its long-term business partners. As usual, the loan is to be repaid from the strong cash flow.

Whilst the existing financing was continued with promissory note loans, net debt rose from EUR 12.1m to EUR 39.5m or EUR 66.9m (incl. IFRS 15 and 16). This is due, more or less equally, to the following three factors: The financing of the UBL acquisition, changes in the accounting of leases on the basis of IFRS 15 and16, and the pre-financing of hardware and services as part of the NRW.Bank contract.

“The continued good performance confirms the adjustment of our annual targets made after the first half of the year”, says Max H.-H. Schaber. Based on the entire year, management expects to increase revenue to over EUR 300m (PY EUR 272.1m) and EBITDA, as the most important control and measurement parameter of the operating profitability, to over EUR 38.5m (PY EUR 34.5m) – without the effects from the first-time adoption of IFRS 15 and 16. Following the application of IFRS 15 and 16, management expects revenue in excess of EUR 295m and EBITDA in excess of EUR 45m. “We are very relaxed about a possible economic downturn in Germany”, explains Dirk Peters, COO of DATAGROUP. “Since we almost exclusively provide long-term contractual services by now our business is largely independent of the overall economic development”, says Peters. This is confirmed by the Bitkom-ifo-digital index on the business climate in the digital industry: Even though the expected values of the industry have been declining for some time now, the actual business outlook showed a significantly positive development(2).

„The vast number of new major orders will lead to disproportionate sales growth from the next fiscal year“, explains Max Schaber. “As we have to recognize the transition revenue over the term of the contracts due to IFRS 15, it currently feels like we’re driving with one foot on the emergency brake. Once the transitions of the new major orders from IKB, NRW.Bank and a couple of other customers are complete, this will have a significantly positive impact on our organic growth”.

An extended version of this release featuring detailed key performance indicators is available for download under www.datagroup.de/en/publications.

(1) The first-time adoption of IFRS 15 and 16 has an impact on the date as to when the revenue from a project business which has a transition and a subsequent operating phase is recognized. Revenue that was shown in the transition phase before is now deferred and spread evenly across the operating phase. As a result, no revenue is shown for large-scale projects which are in the transition phase even though a considerable amount of services is provided. In a comparison to the IFRS standard applied so far, this leads to a negative special effect in revenue in the amount of EUR 10.8m.

Publication of preliminary figures for FY 2018/2019

DATAGROUP is one of the leading German IT service companies. Over 2,500 employees at locations across Germany design, implement, and operate IT infrastructures and business applications such as SAP. With its CORBOX product, DATAGROUP is a full-service provider, supporting over 600k global IT workplaces for medium and large enterprises as well as public authorities. The company is growing organically and through acquisitions. The acquisitions strategy is particularly noted for its optimal integration of new companies. DATAGROUP is actively participating in the IT service market’s consolidation process with its “buy and turn around” and its “buy and build“ strategy. 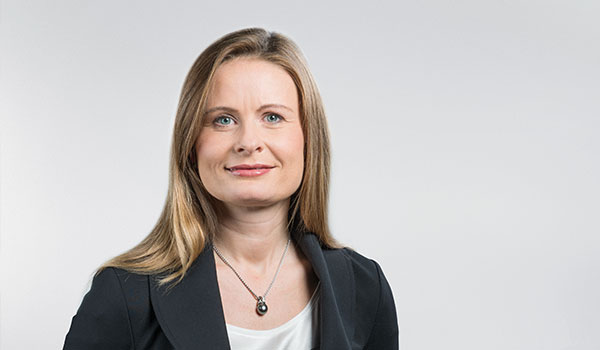